What all to know about Through Bore Slip Ring?

It’s important to understand the term “slip ring” before moving on toward learning about through-bore slip rings. By understanding this, we’ll be able to explore their transmission of power and electrical signals. Another common name for this is a slip ring. It is a device that transfers power and electrical signals by having one end connected to a stationary source, and the other end attached to a rotating one.

In an electromechanical system, slip rings from grandslipring are essential as they allow the rotation of other components including those that don’t have a motor or speed controller. The signals they transmit must be analysed simultaneously because the system is constantly rotating. The slip ring is a term that’s related to the wire in the electrical circuit; it is often referred to in technical literature. It can be used in both outer and inner cycles, meaning its effects are felt both outside, when the circuit completes each cycle, and where it doesn’t complete because of an interrupt. 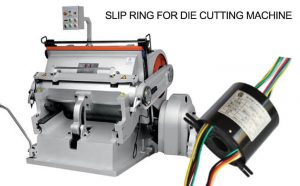 What do you mean by a Through Bore Slip Ring?

Having a reliable and convenient through bore slip ring can lead to less downtime and loss of revenue for your company. Using the hollow shaft slip rings, connections can be easily passed through a rotating assembly. Continuity is thought to be one of the most important aspects of this cycle in terms of transmitting power and electrical signals.

Can you explain what a Bore Slip Ring is? This is an easy one. Such type of slip ring has a center bore.

The slip ring through bore allows the motor to deliver power to the armature. This is an essential part of various automotive applications that are installed in motor equipment with relation to its rotation axis. Through Bore Slip Rings help electrical equipment to transmit signals for fixed and unfixed structures.

Insiders know what the significance of a Through Bore Slip Ring is. It can allow valuable electrical and data connections to be made through a rotating assembly with other parts inside it—a very cool effect we see very often in our surroundings.

In what ways does a Through Bore Slip Ring differ from other types of slip rings? 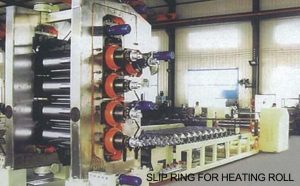 Although it has its own unique features, the Through Bore Slip Ring is part of a large and advanced system that has many interesting and remarkable features. The building also boasts two other notable features:

What makes you use Through Bore Slip Ring?

For rotating devices in motors with bores, you’ll want to install the Through Bore Slip Ring. It will allow your devices to rotate faster than before. This is usually done in order to send messages at a higher rate of speed. Thru-Bore Slip Ring is a critical component of projects such as automated testing equipment, automated tools and so on. You need to take into account a variety of structural and technical parameters in order to improve the performance of projects such as those mentioned.