It can also be called a mercury slip ring in some situations. Because they lack the typical contact mechanism, they have this moniker. The transmission process is through with the help of a liquid metal, which is frequently mercury. As a result, whirling electricity is also known as mercury slip rings. 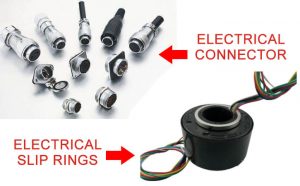 The design components of the two slip ring forms differ significantly. The amount of functionality varies between the two scenarios. Rotary electrical connections are pick generally over standard electrical manifolds. It is because the electrical connector incorporates liquid metal transmission in comparison to the typical sliding contact mechanism. The rotary electric is appropriate for high-speed signal transmission, and data transfer in equipment are thermocouples, welding machines, and packing machines. Furthermore, rotating electrical connections have applications such as hot rollers, textile equipment, and semiconductor items.

Mercury’s usage as a liquid metal transmission agent has also limited the use of rotating electrical connections. For example, because of the inadequacies of metallic mercury, it cannot be necessary for food processing equipment. The electrical slip ring takes over since it can carry out the working process effectively without jeopardizing the output’s integrity in such criteria. Furthermore, the revolving electrical connector is not carrying high power signals, and power signal transmission is inherent outside the competency of such connectors. As a result, equipment that requires continuous high-frequency power and signal transmission contain an electrical slip ring in conjunction with other types of slip rings as needed.

As technology advances, so does the need for new technology to oversee and propel industrial progress. Need a similar principle in slip ring technology. The evolution of slip rings has been enormous, from the basic slip rings to heavy-duty and high maintenance slip rings, including new fiber slip rings, Ethernet slip rings, capsule slip rings, brooch connection, and many others. When it comes to the usage of slip rings, the market provides a wide range of devices that may adapt to various industrial demands.